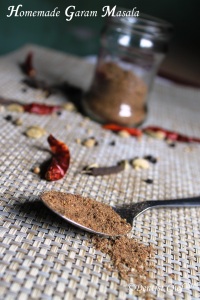 Garam masala (from Hindi: गरम मसाला, garam (“hot”) and masala (spices) is a blend of ground spices common in North Indian and other South Asian cuisines.[1] It is used alone or with other seasonings. The word garam refers to intensity of the spices rather than capsaicin content.

The composition of garam masala differs regionally, with wide variety across India. Varying combinations of these and other spices are used in different garam masala recipes in accordance to region and personal taste and none is considered more authentic than another.The components of the mix are toasted, then ground together.

Some recipes call for spices to be blended with herbs, while others for the spices to be ground with water, vinegar, coconut milk, or other liquids, to make a paste. In some recipes nuts, onion or garlic may be added. The flavours may be carefully blended to achieve a balanced effect, or a single flavour may be emphasized. Usually a masala is toasted before use to release its flavours and aromas,

The order in which spices are added to food may be very elaborate in some dishes. In the case of the Kashmiri speciality roghan josh, for example, coriander, ginger and chilis are each ground individually, and a garam masala of cloves, cardamom, fennel, chill red or black,mace, cumin, turmeric and nutmeg is separately prepared. The cook tastes the dish carefully to determine the precise moment when the next spice should be added. The order is coriander first, then the ground ginger, then the garam masala, and finally the chilis.

In the chicken dish Murgh Kari (chicken curry) the procedure is also precise. First the chicken is fried and removed from the pan. Onion, garlic and fresh ginger are added to the pan and cooked slowly for 7 to 8 minutes. Next cumin, turmeric, ground coriander, cayenne and fennel seed are added with water and fried for a minute or so. Next tomato concassé is added with cilantro, yoghurt and salt. The chicken is returned to the pan and more water is added. Finally some garam masala is sprinkled on top, the pot is tightly covered and the dish cooks another 20 minutes before serving.

Garam masala is available as a commercially prepared ground mixture. Many such mixtures may include a higher proportion of less-expensive spices and may contain dried red chili peppers, dried garlic, ginger powder, sesame, mustard seed, turmeric, coriander, malabar leaves, star anise and fennel. While commercial garam masala preparations can be bought ready ground, like all ground spice they do not keep well and lose some of their aroma over time. Whole spices, which keep fresh much longer, can be ground when needed using a mortar and pestle or electric grinder. When commercially ground garam masala is used in dishes, it is often added at the end of cooking so that the remaining aroma is not lost. Whole garam masala, however, is added early to the cooking fat, oil, or ghee for a more pungent flavour

Since the garam masala is homemade, you can easily adjust the ammount of spice that you use in the mixtures. Make it your best taste to your licking. i like cardamon and long pepper so much so i add a lot of it. 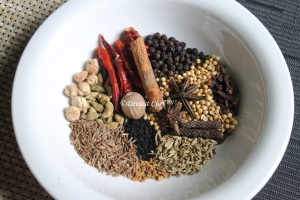 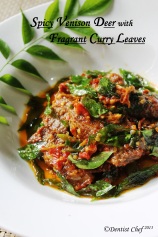