Pepes ikan tempoyak is a popular dish in across southern Sumatra. Pepes is an indonesian spiced dish that usually wrapped  with banana leaf. It possibly consist of chicken, fish, shrimp, tempeh, egg, frog or even tofu.  Pepes called Pais in West Java, Brengkesan in Center Java, Pelasan in West Java (Banyuwangi), Brengkes in South Sumatra.  Palai in West Sumatra, and Payeh in Aceh. Pepes can be steamed, broiled, grilled, or even baked, sometimes people like to steaming it first until throughly cooked and then drained and infused some smokey aromas by following grilling or broilling. The banana leaf wrapper remain the food moisture inside while giving some nice leafy scent too. Today i’m making pepes using ikan tapah (Wallago attu), a rather rare freshwater giant predatory catfish with some tangy fermented durian called tempoyak. 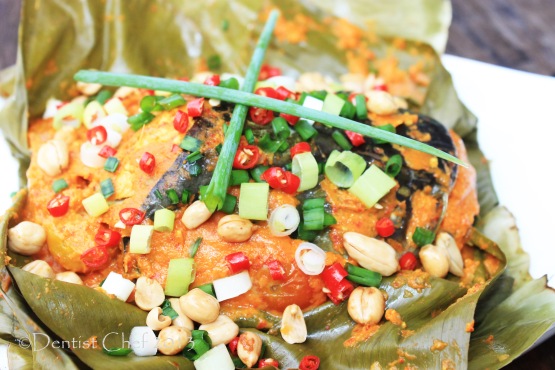 Ikan tapah (Wallago attu) got many name around the world, it is known as Boal and Borali in Bengal. Sareng in Manipur,  Valah in Malayalam, Mali In Pakistan, Nim Yue in China (Cantonese). Ikan Tapah is common called for wallago fish in  Indonesia and Malaysia, it’s originnaly from athe name of a Malaysian town, Tapah, where wallago fish is easily catch. Other known name of wallago fish is  Boal Fish, Mully Catfish, and Freshwater Shark due to its ferocity. This catfish can reached 2.4 meters long and weighted more than 50 kilos. The mouth of ikan tapah is fullfilled with several colonnade of gillette sharp teeth. Contrary to the ugly and scally looking, ikan tapah got a very sweet,  white and succulent meat. The best part of ikan tapah is actually the head because it’s mostly consist of collagen tissue and carlilageous-like bone.

Tempoyak is a salted and fermented durian. It usually made from over ripe durian that is unsuitable for direct consumption. You can  made tempoyak by yourself, simply add about 3 tbsp coarsed salt to  about 500 grams over ripe durian flesh, then put it in a sterilized glass jar and let it fermented in a dark and cold place for about 7 days until it got a nice tangy flavour. Some local descent people like to eat tempoyak either cooked or uncooked. Tempoyak  eaten with rice, and can also be used for making gulai (curry), usually fish curry like my Gulai Tempoyak Ikan Belido. Tempoyak is usually served as Sambal Tempoyak, it’s a Sumatran dish made from the mixture of tempoyak, shallots and chilli pepper. Once you using tempoyak to flavouring your dish, don’t forget to watch over the saltiness level, you probably didn’t need any salt addition due the salt content of the tempoyak. 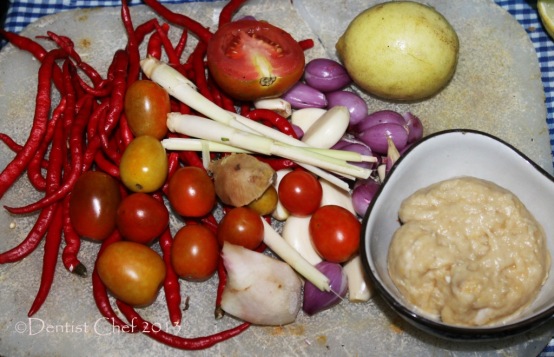 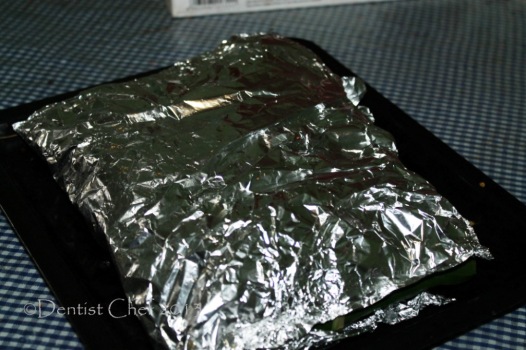