Lo mai gai (Cantonese), nuòmǐ jī in (Mandarin) is a one of the chinese dim sum fest. Lo mai gai is actually steamed sticky or glutinous rice with chicken stuffing in lotus leaf wrap. The sticky or glutinous rice is pre-steamed or preboiled before wrapped in lotus leaf and steamed. General stuffing for lo mai gai is chicken, pork, chinese sausage or lap cheong, abalone, dried scallop or conpoy, mushrooms, and finely chopped dried shrimp. The dried lotus leaf is sumberged in hot water first to get soften,  patted dry and then applied some oil on the surface to prevent the glutinous rice is sticking.

In Indonesia, we used to called lo mak gai as lomak kai. Typical stuffing for lo mai gai in Indonesia is actually the same with the general type, but we used to add roasted pork chunk and salted egg yolk. Fot a speciall occasion, some restaurant added some rehydrated dried abalone and sea cucumber too. The stuffing is generally sauteed first, but because my grandmother ask me to not sauteed it first then i did’t. She insist that the juice of the chicken that driven off while steaming is watering the glutinous rice and given the nice flavour too. For a pregnant or newly giving birth mother, local chinese descent pour the Brand’s Essence of Chicken before steaming to give a nutrition and gaining their appetite.

My own plates of lo mai gai dimsum fest !

Lo mai gai is not as popular as Kuo Tie/Jiaozi/Gyoza or siu may in Indonesia since lotus leaf is not common ingredient in Indonesian kitchen. We used to use banana leaf insead lotus leaf. You can got this totus leaf in chinese grocelries nearby for about 1- 1,5 $ each. Lotus leaf give a nice aromas to any rice and savory dishes that;s why this is suits for wrapping steamed chicken and sticky rice. In the other hand, banana leaves give a sweet hint aromas and i think this is suits for wrapping any seafood and sweet bites. But actually you can used the banana leaf or even taro leaf to substitude the lotus leaf. 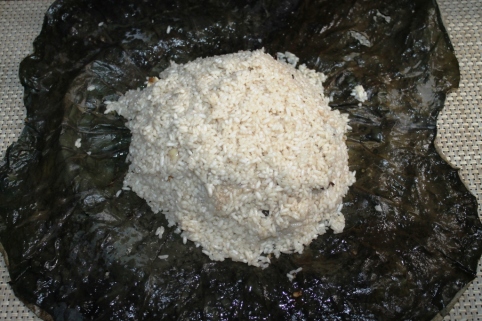 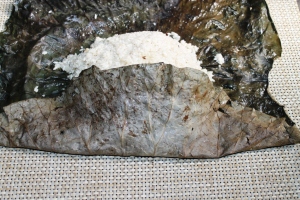 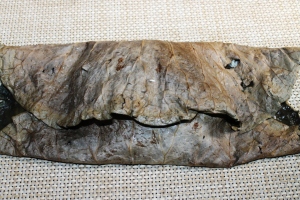 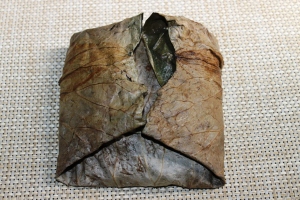 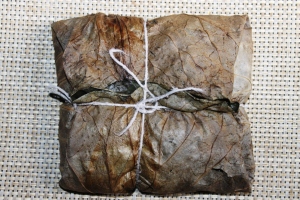 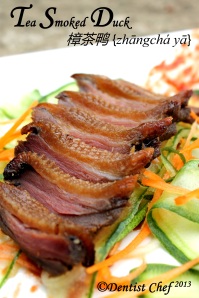 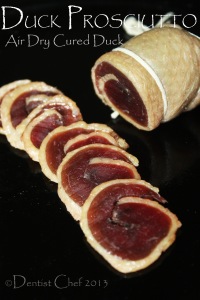 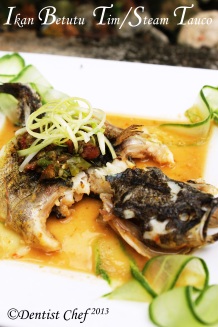 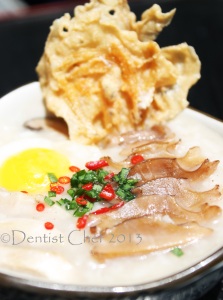 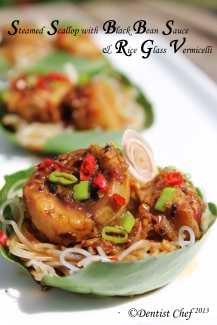 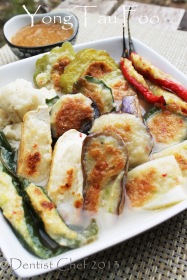 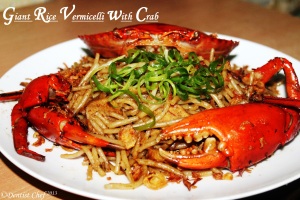