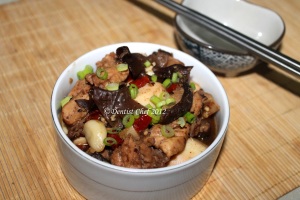 Kampung Chicken or ‘Village Chicken’ or The Malay is a breed of chicken originating in Asia, most likely in northern Pakistan. These birds are cousins of Asil. It is unknown why they were called Malay, but perhaps because of a mistake by the former East India Company, when they introduced that exotic new breed around.In Asia, the Malay chicken is usually found only in rural areas and villages. It is sometimes referred to as “kampung” chicken (kampung means “village” in Malay). In the Borneo region of Sabah, Sarawak and Brunei, the Malay chicken is called Sigun. In north West Pakistan these are called Sadalay meaning big docile or gentle giants. The Malay Chicken is sometimes used as fighting cocks in cockfighting.

In Indonesia, kampung chicken is considered a premium by people living in urban areas and costs more in supermarkets and wet markets than conventionally-raised broiler chickens, due to its supposedly better flavour.Malay chickenis a tougher meat than many other breeds. Because of this, the Malay chicken is often double boiled in herbs or is stewed, and recipes often call for curry, garlic, cumin, turmeric, etc. But today i’m gonna steamed it to make a tonic becouse the rain is come all over and i need a super dish to strenghten imune system. I prefer to slurpp the steamed chicken with a bowl of rice porridge. Trust me !, literrary your in heaven phal!