Japanese spring onion pancake or sometimes called chinese scallion pancake is one of my favourite savoury pancake. The secret recipe making a crispy and delicious spring onion pancake is made a papaer thin dough and applied a generous amount of oil before folded  and rplled the pancake. Oil keeps each layer of rolled dough separated and thus made is crisp up when the pancake is heated in the pan. My sister like to add the whole part  (including the white part) of the spring onion, but i prefer using only the green because the white part gor more moisture and it’s made the layered pancake dought not crisp up.

Spring onion/Scallion/Leek/Green onion pancake confused me from the very beginning when i’m googling it. Mostly everybody describe the dish as a chinese cuizine. The NHK WORLD show “Your Japanese Kitchen” call the dish Japanese Leek Pancakes, and  i’ve been eaten the same dish in japanese restaurant. Anyway, who the hell cares about the dish come from, but i’m preety sure that this appetizer taste really great. Savory, crispy and distinct umami flavour derived from browned spring onion and wheat dough. Dip in your favourite sauce and it’s will be great evenmore.

Scallion pancake is one of popular assorted streetfood in China. Even here in Indonesia, I’ve never seen any chinese restaurant serve this as an dimsum, but my causin said that they did there. spring onion pancake serve as an appitizer before the real meal. This dish could tickle the taste buds papila to let your crazily starving for more delicated food. But i acctually assume this dish similiar to Indonesian bakwan or deep fried cabbage cake. You can add any spice within the pancake, but i prefer a simple garlic powder for it. 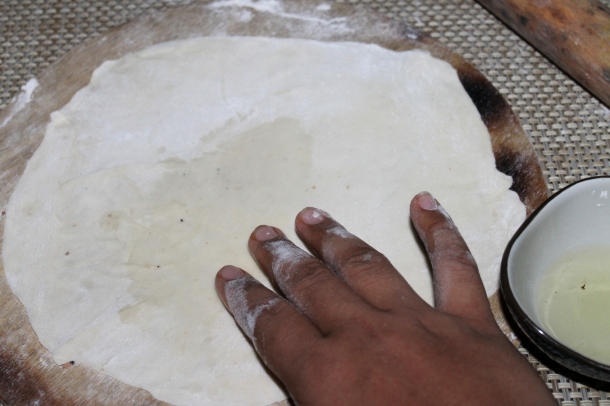 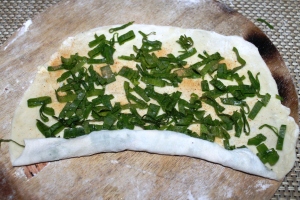 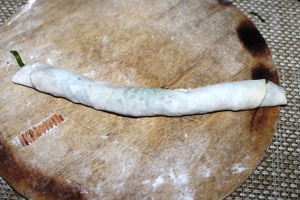 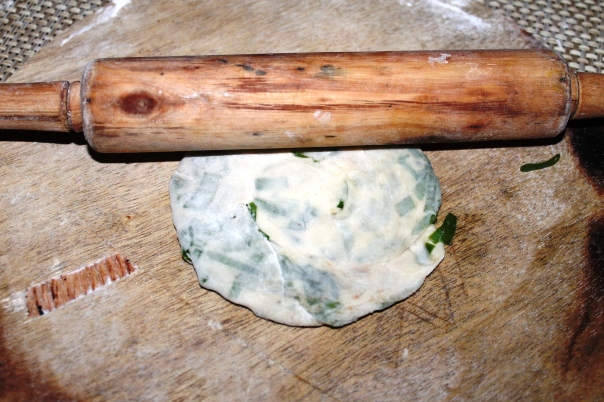 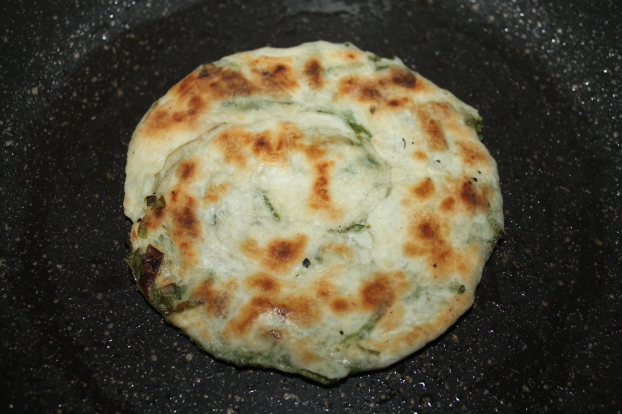