Bottarga with pasta is a fool proof recipe, so simple and easy to made, yet resulting a satisfying and delicacy dish. You can make a batch of spaghetti con bottarga in only 20 minutes. Bottarga is briny with a creamy buttery sweetness, smooth  and slighly grainy texture with a natural savoury sea flavour. Slighly fried it in low temperature heat oil enhanced it’s sea flavour and aromas.  If you love caviar, you probably loves bottarga and vice versa, but few of my friends who doesn’t love caviar lovin the bottarga once it cooked with pasta. Eversince i love both, so i served my spaghetti alla bottarga with Russian black beluga caviar.

Homemade Botargo di Tonno or Salted Tuna Roe from Scratch. Botargo is a air-dried salt-cured fish egg or roe which considered as  delicacy in Mediterranean cuisine. Bottarga di Tonno is botarga made of tuna roe, while bottarga is refers product made of grey mullet fish or called bottarga di muggine which is the most pricey and expensive. Botargo di Tonno made from freshly extracted  whole sack of tuna fish roe, brined for 24 hours in 37% salt sollution to remove the remaining blood on it, then dusted with fine sea salt and marinated for about 24 hours, washed with cold water and then dry cured to mature it for about 14 days or more until it firm but not rock hard and had a pleasant seafood umami flavour. Beside tuna roe, bottarga can also made from roe of swordfish, halibut, herring, flounder, white seabass, weakfish or mackerel or other small size fish roe 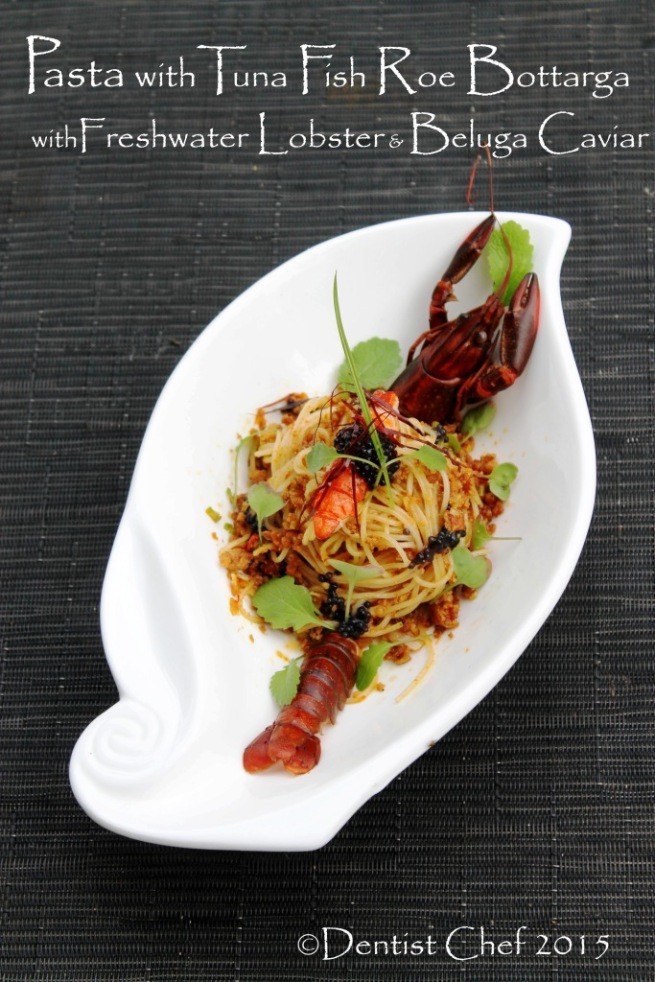 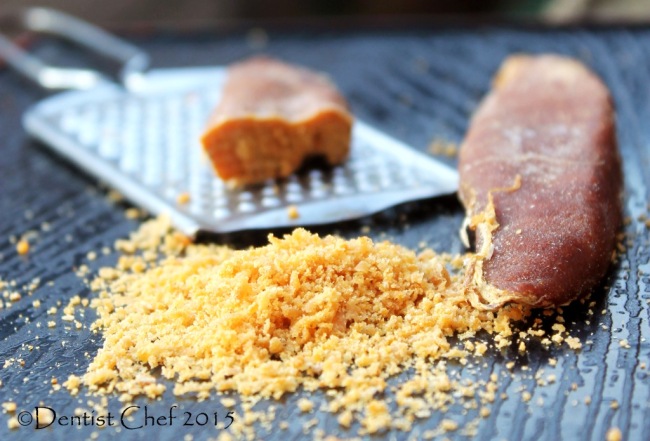 Bottarga usually thinly sliced or shaved  with mandoline, or simply grated into fine powder using cheese grated before used  and cooked  with pasta. The grated bottarga usually slighly toasted with butter or oil for infused the flavour into the pasta sauce. Bottarga from ripe tuna fish roe got bigger individual grainy egg can easily crumbled once grated and it’s make the it blend and coated the pasta even better. Sliced or grated uncooked bottarga can be added over the top of the pasta as a finishing touch too if you like the raw bottarga.

This is crayfish or yabby, a type of freshwater lobster that had a very delicated sweet and succulent tiny tail and clawn meat once it cooked properly. Crayfish also known as crawfish, crawdads, , or mudbugs, and in Indonesia we used to called it lobster air tawar. I purchased this live crayfish at Hero Supermarket Kemang, Jakarta, it tagged 22 USD for a kilo and you’ve got 4 to 6 inches size crayfish weighed about 30-80 grams for each of it. You also can purchased the frozen yabbies or crayfish on Gourmet Supermarket like Food Hall and Ranch Market in Jakarta. 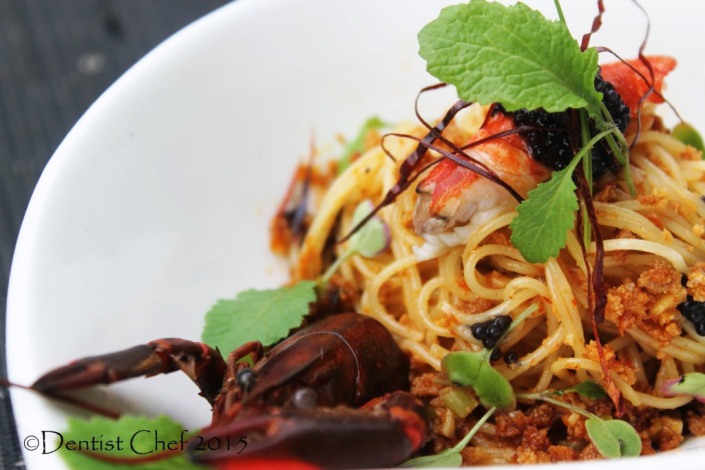 Now we making the bottarga sauce for the spaghetti pasta. First you should know that we want to slighly fried the grated  bottarga in oil or butter without charred or browned it otherwise it’s gonna losen it’s creamy texture and delicate flavour.  You can use only 3 ingredients; bottarga,  oil and pasta, yup that’s simple ingredients taste great, but today i prefer to infused garlic, chili and shallots flavour in aglio olio style into my bottarga sauce pasta.  So, i starting with melting the butter and oil in a nonstick pan, followed by toasting the finely chopped  garlic, shallots and chilli until sighly charred with medium high heat. Grated bottarga then added into the mixture, the heat is lowered until medium low than the bottarga continously stirred and sauteed to allow it flavour infused into the oil for about 2 minutes. The cooked pasta then added into the pan before the bottarga starting to charred, the pasta and bottarga infused oil tossed evenly, then a little bit of heavy cream added too if you like the pasta more creamy, now the Spaghetti Pasta con Bottarga di Tonno and Slowcooked Crayfish Tail ready to served!!! 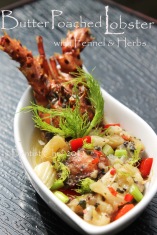 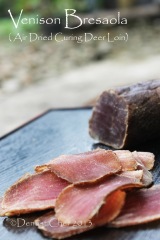