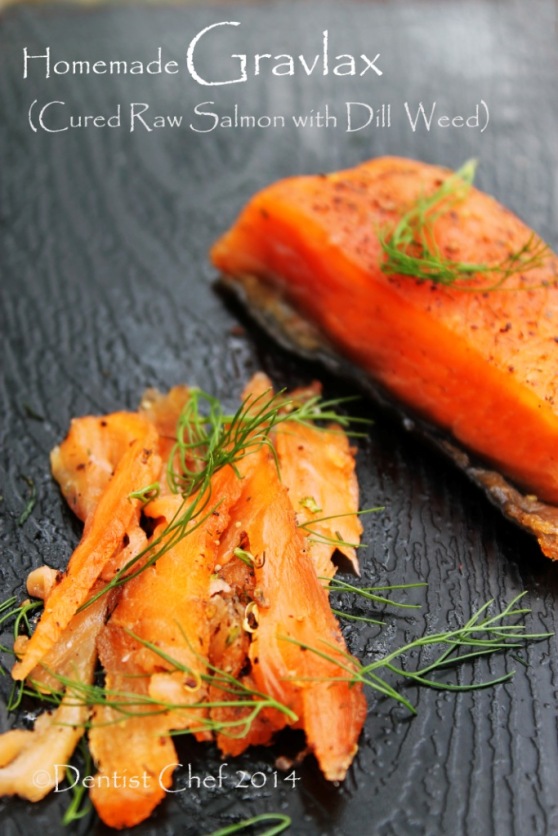 HOMEMADE SALMON GRAVLAX RECIPE. Gravlax is a raw salmon fillet that cured with salt, sugar, dill weed and  herbs that popular in nothern Europe countries. Gravlax is usually served as an appetizer, sliced thinly and served along  finely chopped dill weed and mustard sauce, either over somekind of toasted bread, biscuits, chips or even boiled potatoes. Gravlax derived from the Scandinavian word grav, which literally means “grave” (in Swedish, Norwegian, Danish), and lax (or laks), which means “salmon”, thus gravlax means “buried salmon”. In the ancient times, fisherman used to save their salmon catch by burried them in the salt-containing sand above the high-tide line.

Eversince i’ve cured my duck breast and venison loin and made myself Homemade Duck Prosciutto (Air Dry-Cured Duck Breast), and Homemade Bresaola di Cervo (Air Dry-Cured Venison Tenderloin), i’m obsessed with making homemade cured meat or charcuterie. Homemade version of gravlax is away cheaper than the gourmet deli store price tag. Making salmon gravlax is actualy effordless since you let the time doing it’s ‘drying’ by osmosis process. Beside, you can control all ingredients and adjust the taste according to your own personal licking. For example, i add szechuan peppercorn to my salmon gravlax to satisfied my asian descent taste buds and you won’t get that anywhere in the store. A splash or liquor on the salmon filet will made your homemade salmon gravlax lovely even more, i recommended citrusy liquor like citrus vodca or cointreau. 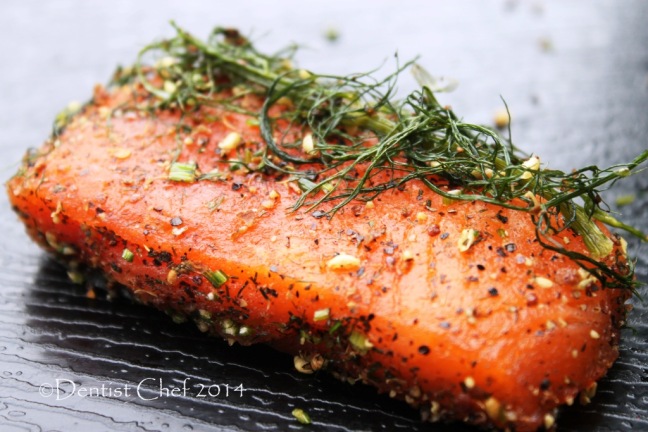 When you made  your homemade salmon Gravlax, there’s a plenty of way of serving suggestion. You can served it with toasted bread like my Bruschetta with Venison Bresaola, Cherry Tomato, Avocado Mayonaise and Brazilian Nuts Pesto or with Crispy Spiced Tortilla Bread Recipe. Beside soft cheese and mustard sauce variant of dipping sauce will be suits, you can try Tomato and Mint Salsa Recipe, Roasted Pepper Sauce Recipe, Italian Salsa Verde Recipe, Balinese Sambal Matah (Raw Shallot and Chillies Spicy Salsa), Resep Sambal Dabu-Dabu Khas Manado (Manadonese Raw Chilli Salsa). If you want to, you could add your gravlax to your salad and drizle it with Mint-Chilli Mayonaise.

Making homemade salmon gravlax is quite easy, even for an amateur like me. The salmon is “buried” in a dry mixture marinade of salt, sugar, juniper berries, szechuan peppercorn and dill weed. The salmon cured for a few days in the curing mixture. As you can see, the dry curing mixture later be liquidfied because the moisture content on the salmon dripping out and the curing mixture penetrated the salmon meat. No rocket science here, but the osmosis happen when high consentration seperated from the lower consentration by tissues or membrant,  which is the salmon fish flesh, the higher consentration will be dripped into the lower consentration until they got equally consentration. Salmon gravlax is done within the curing process without following smoking like my Homemade Tea Smoked Salmon Recipe. You can use any herb you like and/or add a wide variety of crushed spices to your cure, different kind of peppercorns, star anise, caraway or fennel seeds, but my favourite spice  for homemade salmon gravlax or any kind of my homemade charcuterie is szechuan peppercorn and also juniper berries.

Preparing the homemade salmon gravlax seems so easy and quicky, but curing takes several days so plan ahead before you serving it at your party. Salt and sugar bring somekind of pleasant umami and  balanced flavour. If you made your gravlax made without sugar, it can easily become too dry and rubberry, and for sure it’s taste terribly salty. The ratio of salt and sugar used in gravlax recipes varies widely, due more to personal preference than food safety. As this recipe proves, large amounts of salt and sugar aren’t really necessary. Experiment and find your own favorite ratio of the two, keeping in mind that not enough salt will result in mushy, under-cured fish and too much (without any sugar to balance it out) will make the fish tough and super-salty.  Wll cured homemade gravlax should have a fresh but bold salmon flavor with some tingling spicy flavour of herbs and peppercorns. The texture will be slightly firmer than raw salmon, but should never be tough or chewy. 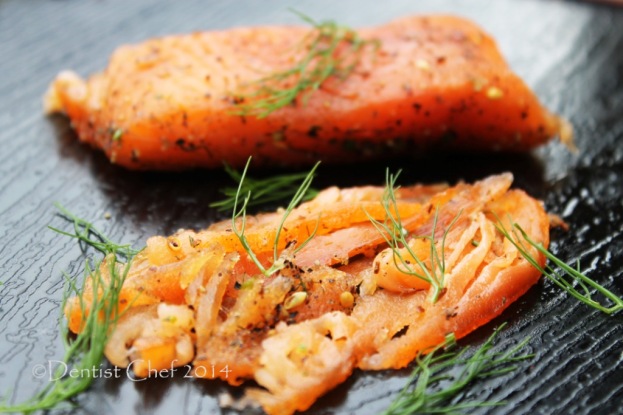 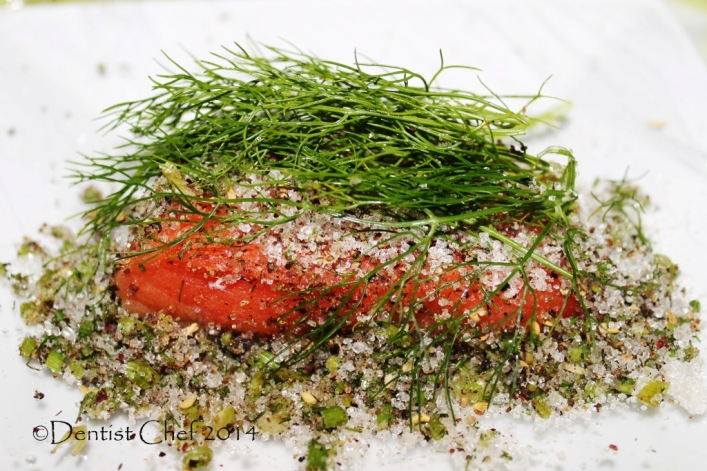 Put the Curing Mixture All Over The Salmon Fillet 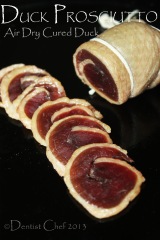 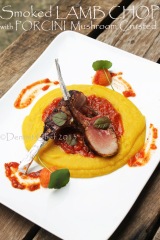 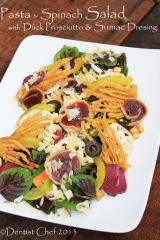 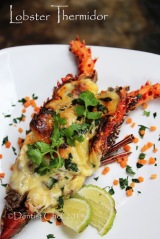 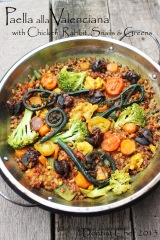