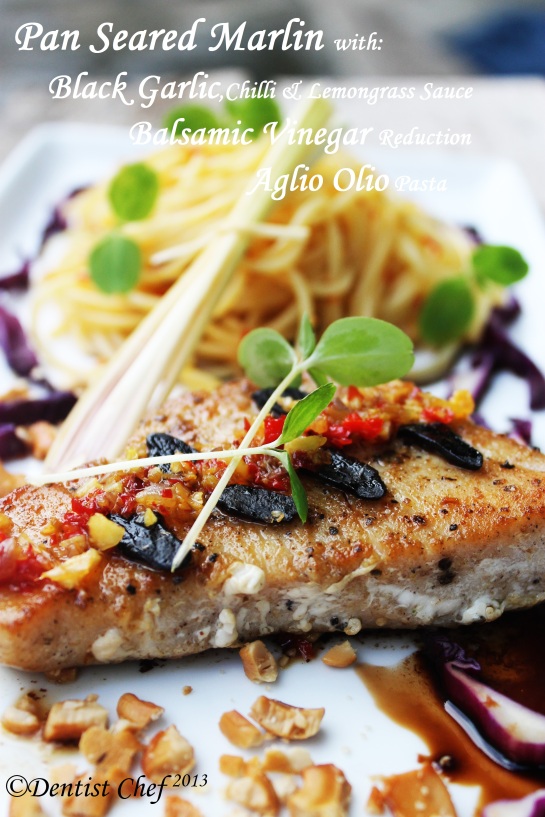 A marlin or sailfish, family Istiophoridae, is a fish with an elongated body, a spear-like snout or bill, and a long rigid dorsal fin, which extends forward to form a crest. Its common name is thought to derive from its resemblance to a sailor’s marlinspike. The Atlantic blue marlin (Makaira nigricans) is a species of marlin endemic to the Atlantic Ocean. The Atlantic blue marlin (hereafter, marlin) feeds on a wide variety of organisms near the surface. It uses its bill to stun, injure, or kill while knifing through a school of prey, then returns to eat. Marlin is a popular game fish. The relatively high fat content of its meat makes it commercially valuable in certain markets. 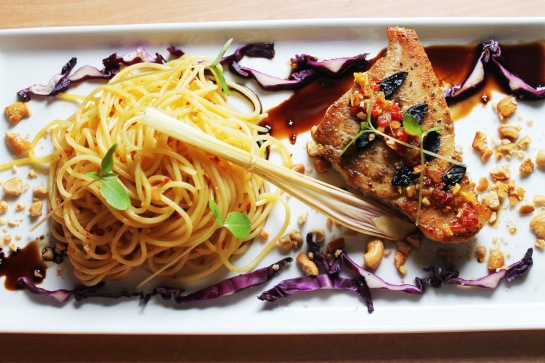 Marlin are rarely table fare, appearing mostly in fine restaurants. Most modern sport fishermen release marlin after unhooking. Luchy me i can bring this fish on my plate. I like fine dining style home cooking, plating and combining the side is one of my passion lately. I buy marlin fillet yesterday and simply seared it to perection. I add some thai style chili & lemongrass sauce to accompenied. The creamy and  fragrant sliced black garlic make the flavour rich even more. Ever since i’ve posted Super Food: Black Garlic (Fermented) & Pan Seared Scallop ala Dentist Chef, ilike to try out another menu that fit on exotic black garlic. 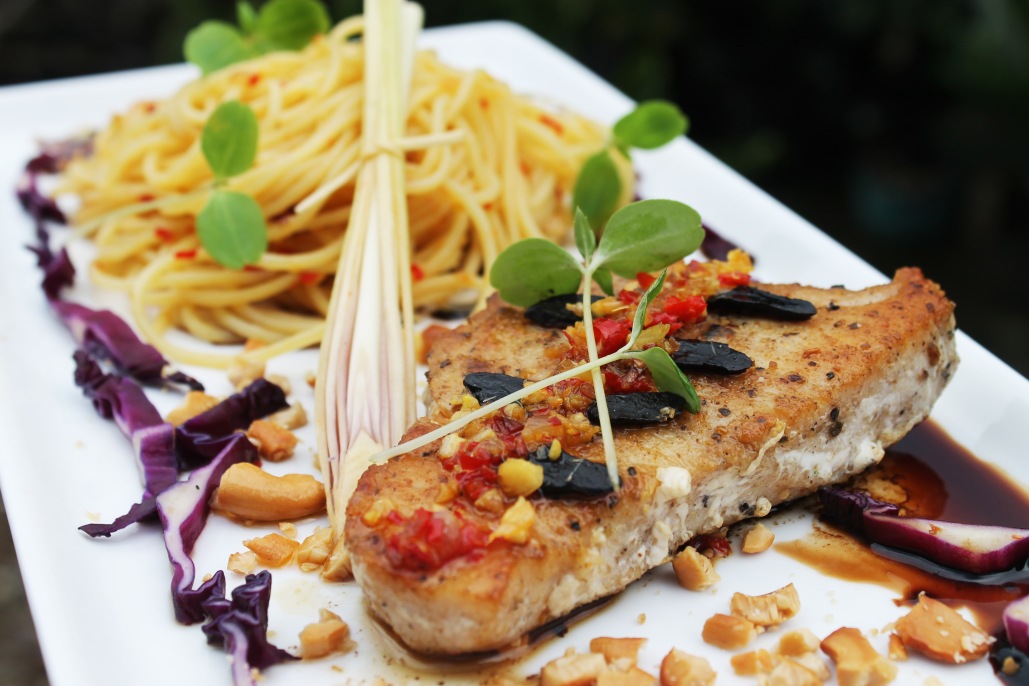 Put all element on the plate, and serve immediately! 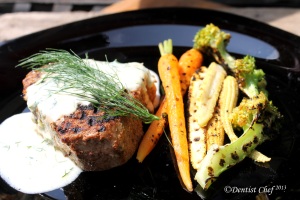 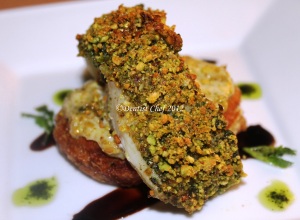 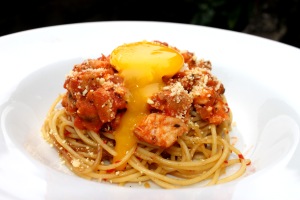